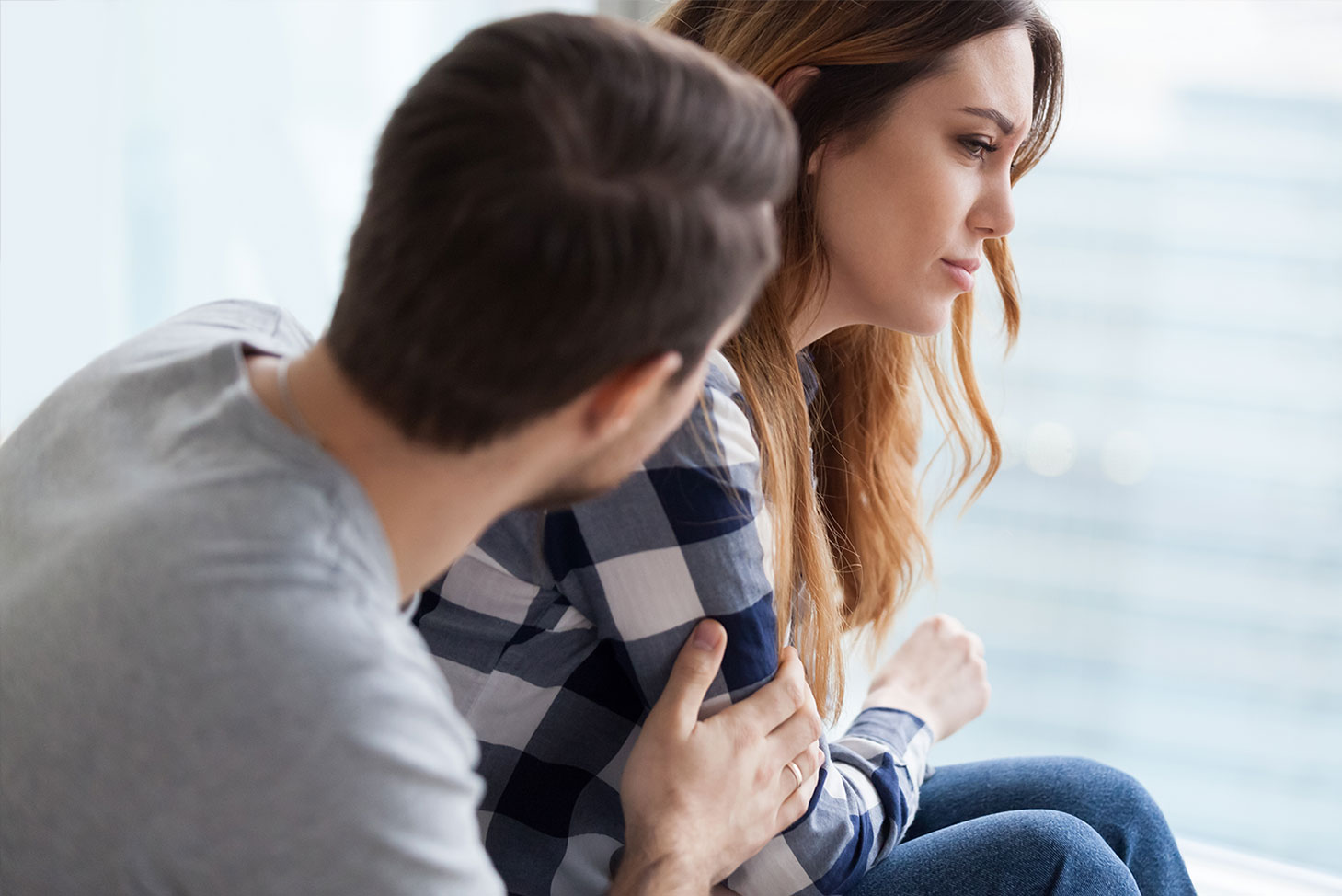 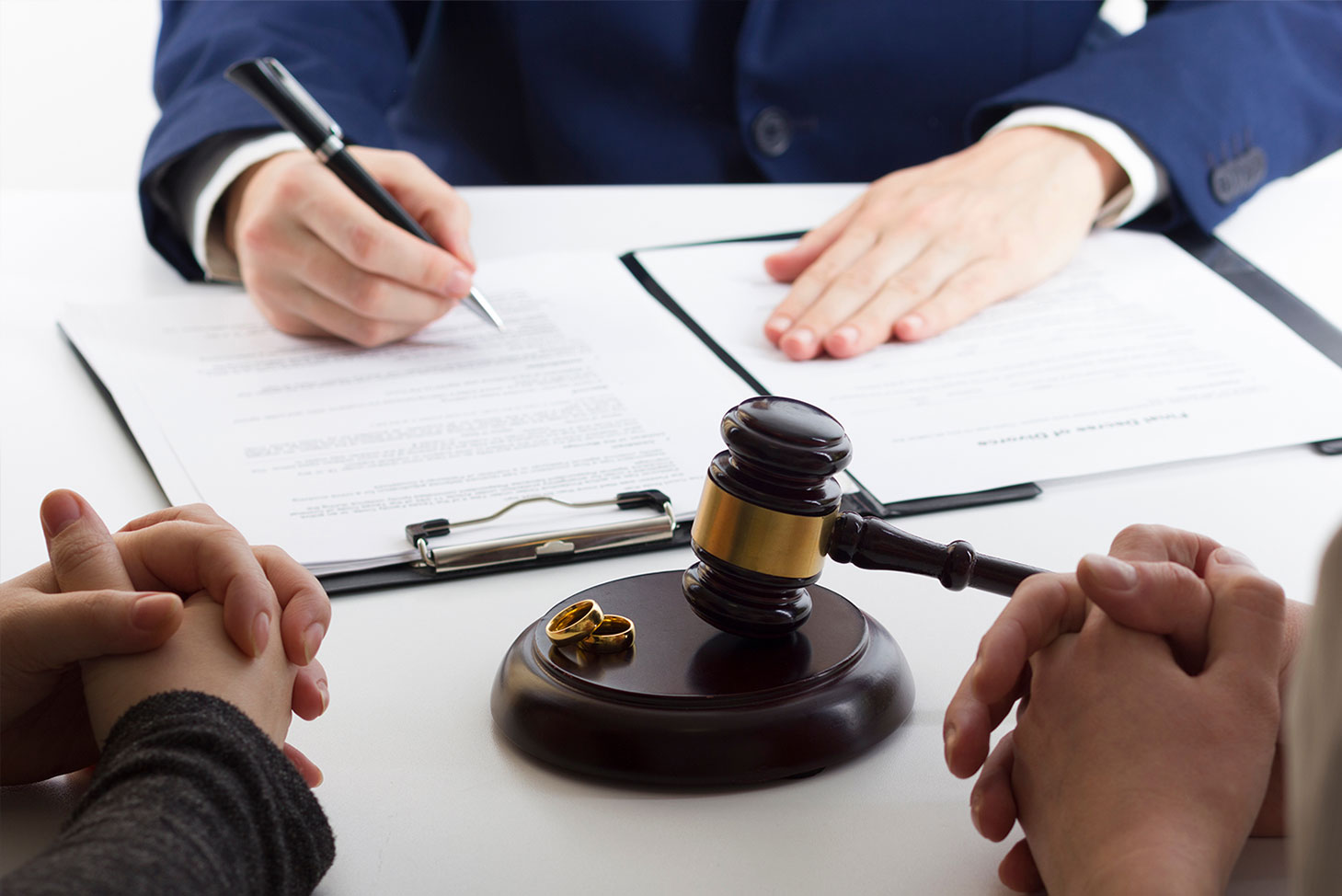 Physical Separation deals with the point in time where one or both spouses cease the intimate aspects of the relationship and have the intent to permanently remain apart.  The specific requirements are detailed below. The physical separation date is often hotly disputed in family law cases because significant consequences flow from the selection of this date.  First, upon separation, the earnings and accumulations of debts and assets belong to the party who generates them, unlike during marriage or domestic partnership, when almost all of the assets and debts accumulated are considered to be community property (property of both spouses). Secondly, the date of separation determines the length of the marriage or domestic partnership for purposes of calculating the amount and duration of spousal support. (See Family Code section 4336.)  In order for a party asserting an earlier date of separation to prevail, they must generally establish both subjective (proof of intent) and objective evidence (behavior consistent with that intent, like moving out of the marital home).

Physical Separation is not dependent upon the filing of any legal action although it may include a filing for Dissolution of Marriage or Domestic Partnership, or a Petition for Legal Separation. Physical Separation is a consequence of two people establishing two different households with the intent to continue with their lives, separately, and on their own.

Legal Separation is a Decree or Judgment with all the attributes of a divorce judgment with one exception – marital status is not terminated.  For instance, neither party can remarry or enter into a new domestic partnership until there is a later decree dissolving the marriage or upon the death of one spouse.  Many spouses or partners may seek a legal separation to separate their affairs, yet remain legally married for personal, religious, or health care reasons.  Legal Separation can be a beneficial (yet more costly) alternative to divorce in order to preserve certain benefits and protection for both parties.

In mediation, both parties will agree upon a date of separation when their initial action is filed (Petition/Summons and Response). Therefore, it is unlikely that the court would ever question the parties’ decision, as both initial filing documents are in agreement as to the date of separation.

A particularly contentious issue in divorce is the division of the marital property, also known as community property.  Thirty-five years ago, California became the first state to enact a law announcing that community property in a marriage stops being earned when the couple starts to live “separate and apart.” The governing statute, Family Code section 771, subdivision (a) states in part, “[t]he earnings and accumulations of a spouse. . . while living separate and apart from the other spouse, are the separate property of the spouse.”

At first glance, the meaning of “separate and apart” seems simple–husband and wife break up and one party moves out, then one files for divorce.  Per section 771(a), each of the spouse’s earnings when one or both of them moved out will not be counted towards the marital property subject to division during the divorce.  But this simplistic and literal understanding of the statute proved difficult to apply to every situation.

Understanding that couples may want to continue to reside in the marital home for financial reasons, educational reasons, or to satisfy the emotional needs of the children, California courts in the past rejected a “bright-line” (meaning a clearly defined rule or standard) approach in determining the date of separation.  Instead, they applied a “totality of circumstances” test to look at various factors and make determinations on a case-to-case basis, considering two basic questions: (1) Whether at least one spouse has express intent of not resuming the marital relationship, and (2) Whether there is objective conduct pointing to a complete and final break of the marriage.  Living in physically separate residences has been viewed by courts as one of many factors to consider, but not a decisive factor in determining the date of separation.  In 2002, the Appeals Court in In re Marriage of Norviel (2002) created a split in the interpretation of section 771(a) when it held that living separately, which typically means residing in different addresses is a necessary threshold requirement in determining date of separation.  The case of In re Marriage of Davis (2015) put this split to the test.

Specifically, the statute at issue in Marriage of Davis, California Family Code Section 771(a), states that the earnings of a spouse “while living separate and apart from the other spouse” are separate property. Thus, under Marriage of Davis, the date that triggers separate property characterization of earnings and accumulations, is the date one party establishes a separate residence, rejecting many factors which family law attorneys have historically used to argue for an earlier date of separation, such as establishing separate bank accounts, announcing that the marriage was over, sleeping in separate bedrooms, ceasing sexual intimacy, one party taking the spouse’s name off of a credit card, etc.

The unanimous ruling appears to establish a bright-line rule, which effectively makes the formation of individual residences a requirement for the legal definition of when a couple is separated under Family Code Section 771(a).  In her opinion, Chief Justice Tani Cantil-Sakauye reasoned that a “bright-line rule … promotes fairness by providing a measure of predictability to the parties and their attorney, as well as clear guidance to judges.”  “It reduces the potential for manipulation of a more elastic standard by the higher earner in situations of significant income disparity.”  Unfortunately, this also means a spouse considering divorce may need to make a decision between 1) leaving the home to cut off community property characterization of income and accumulations by shortening the length of the marriage; and 2) staying in the home for the sake of the children although it may not be in the separating spouse’s financial interests.

Every case is unique, and attorneys are now making creative arguments to circumvent Marriage of Davis.  An important takeaway from this case is that California family law can often be complex, with issues of custody, support, and property being intertwined. Keep in mind that in mediation you will need to agree upon a date of separation that is best for both of you.  If one person has encumbered the community (for example, purchasing a new car), without the other spouse’s permission, then a date of separation after such a purchase could leave both spouses liable for this debt.  Alternatively, if one spouse has recently received a bonus or some other financial benefit, a date of separation prior to the receipt of the benefit, could exclude the other spouse from receiving his/her community property share.  Make sure that you work with your mediator to determine a date of separation that is best for everyone.  If you still have questions, seek the advice of a consulting family law attorney to discuss your specific circumstances.

Disclaimer: The material on this website is for informational purposes only and is not intended as a guarantee, promise, warranty, or any other contractual commitment under law, and your review of this website does not guarantee that we will be able to provide services to you. No attorney-client relationship or privilege is assumed or can be established by merely viewing the information on this site or by contacting anyone associated with this site. An attorney-client relationship can only be established through a meeting between a licensed attorney and a prospective client. Further, the information you obtain at this site is not, nor is it intended to be, legal advice. You should consult an attorney for advice regarding your individual situation.